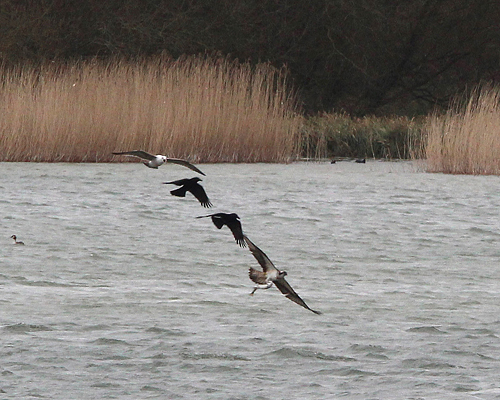 Osprey, Grafham Water, 14th April 2013 © Rachel Wright
'Thought you might like these pictures my boyfriend Sam took when we made a trip up to Grafham Water yesterday. We are Hertfordshire birders but thought we would pop over the border to see what was about and we were lucky enough to see an Osprey fishing from the third hide from the Mander car park. It's at a fair distance, but you can see it being mobbed by a few crows and a gull. We were surprised to see Osprey there as we have only previously seen them at Rutland.' Rachel Wright
Posted by CBC at 5:10 PM