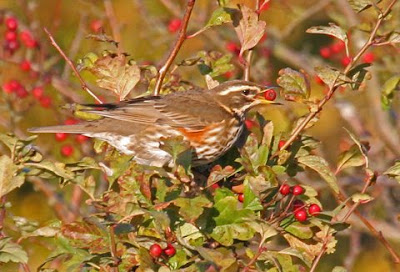 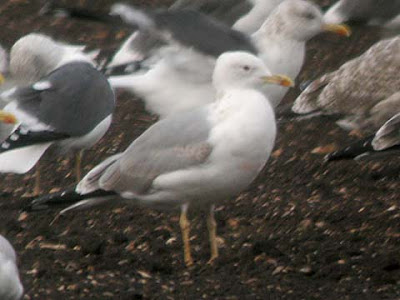 3CY Caspian Gull hybrid?, Cottenham Long Drove, 30th October 2008, © Dick Newell
In many respects, this bird looks pretty good for a Caspian Gull. It has long wings, long legs, a good head-shape, slender bill, a beady eye well forward, and the typical shawl around the base of the neck of a Caspian Gull. However it has fairly bright yellow legs, a bright bill and a bill-shape that is not quite straight enough for a Caspian Gull, it droops a little in a manner similar to Yellow-legged Gull. So my guess would be that this is a hybrid Yellow-legged x Caspian Gull (RGN).
Posted by CBC at 9:26 PM No comments: 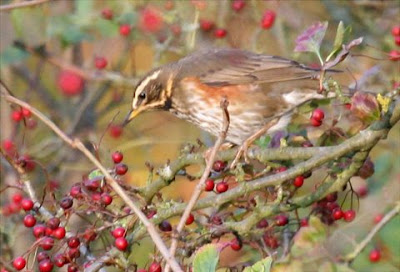 Redwing, Little Gransden, 30th October 2008 © Adrian George
One of 12 to 15 Redwings that suddenly appeared on a berry bush adjacent to Adrian's house after spotting it while flying over.
Posted by CBC at 3:18 PM No comments: 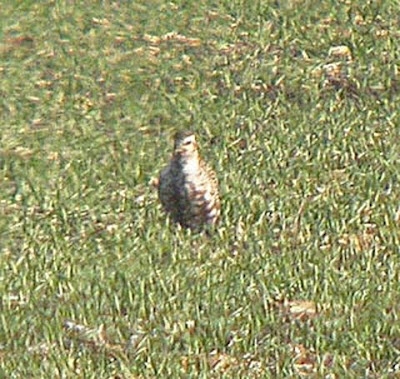 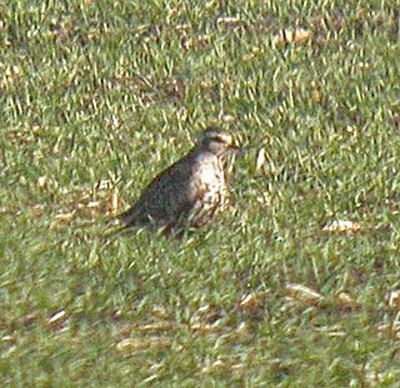 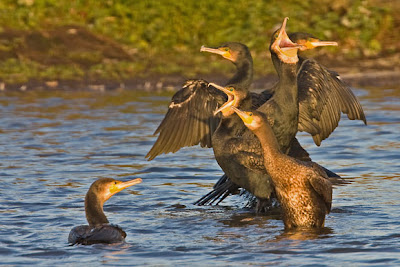 Cormorant, Wicken Fen, 29th October 2008 © Garth Peacock
They were quietly enjoying the evening sun until an unwelcome visitor tried to join in setting off this reaction.
Posted by CBC at 8:00 PM No comments: 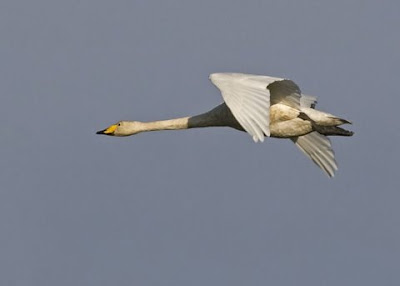 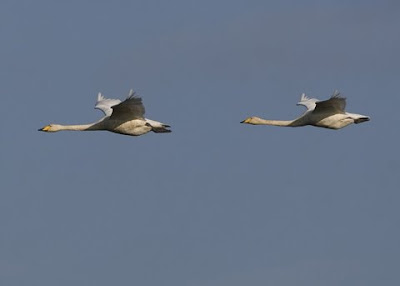 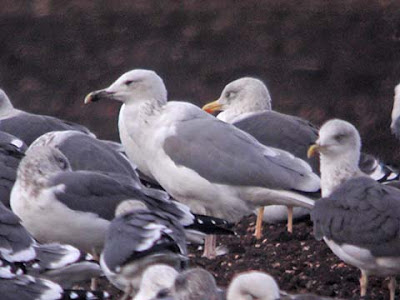 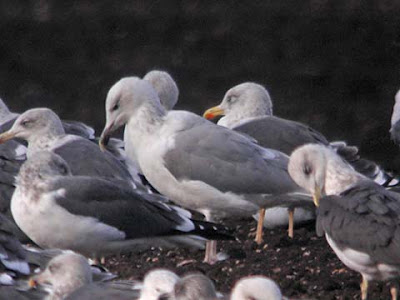 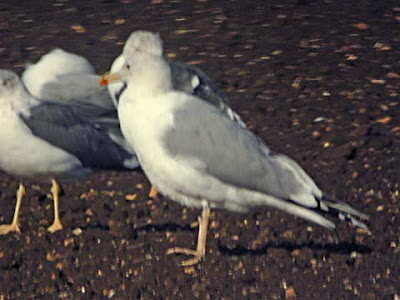 Adult and 3CY Caspian Gulls, Cottenham Long Drove, 27th October 2008, © Dick Newell
2 out of 3 Caspian Gulls present with at least 10 Yellow-legged Gulls. The adult only stayed long enough for this 1 record shot. The 3CY was a little more cooperative.
Posted by CBC at 6:20 PM No comments: 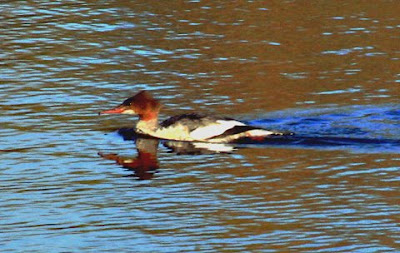 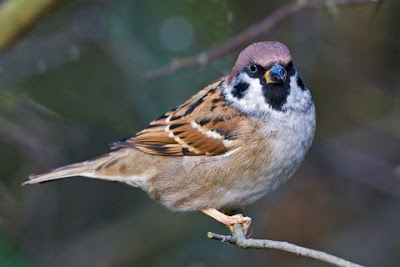 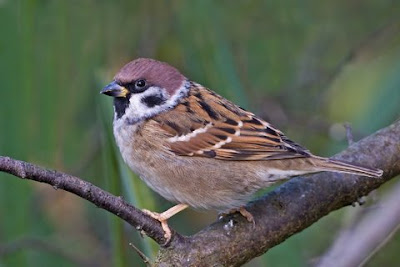 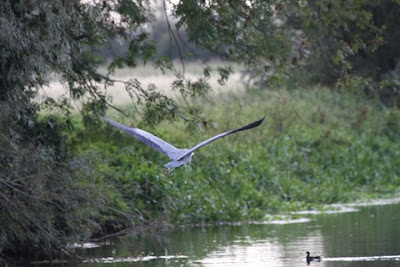 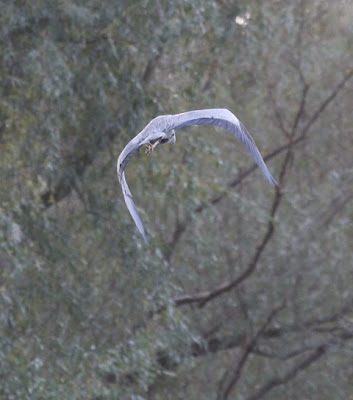 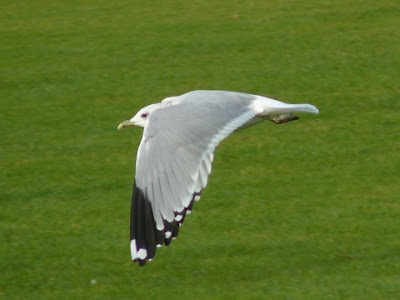 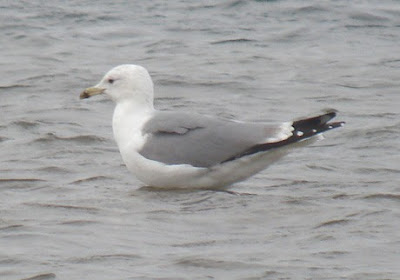 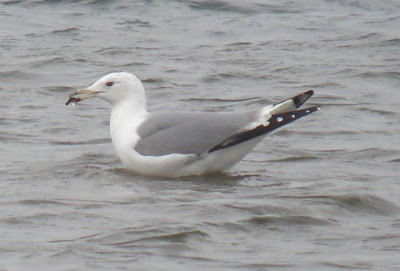 Yellow-legged/Caspian Gull?, Paxton Pits, 19th October 2008, © Jamie Wells
At first sight, the bullet-hole eye, rounded head and parallel-sided bill, make this gull look like a Caspian Gull. However, it looks a little dark and the mirror on P10 is the typical trapezoidal shape of adult Yellow-legged Gull. However, the bird is not fully adult, there is a brown smear on the tertials, so the mirror might not mean much. The bird does not exhibit the ridiculous long-winged appearance of some Caspian Gulls. Apparently there were some grey tongues protruding into the black on the primaries.
Without a view of the legs, this bird may be best left unidentified, it could even be a hybrid (RGN).
Posted by CBC at 7:17 AM No comments: 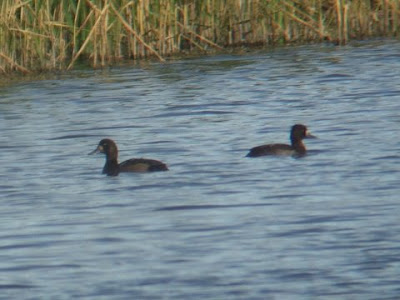 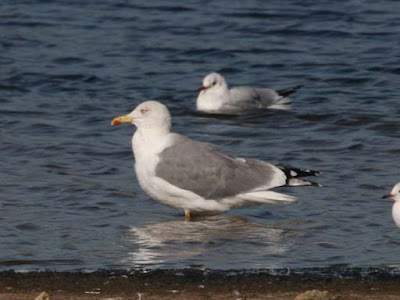 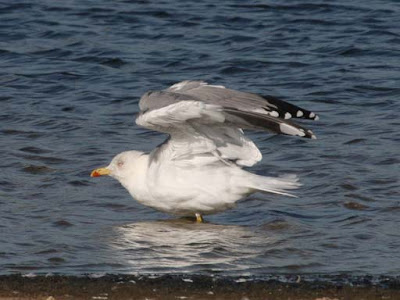 Yellow-legged Gull, Landbeach, 11th October 2008, © Dick Newell
This gull has a very large mirror on P10 merged into the white tip on that feather. It also has a mirror on P9. The black band on P5 is a bit greyed out on the inner web and is not continuous across the feather, it is split in the middle. The pattern of P9 and P10 as well as the lack of a mark on P4 seems to fit what Olsen & Larsson say about eastern populations of Yellow-legged Gull. Or is it just an unusual western Mediterranean bird?
Posted by CBC at 6:50 AM No comments: 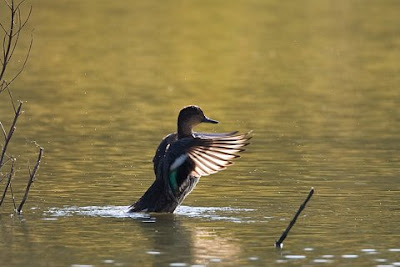 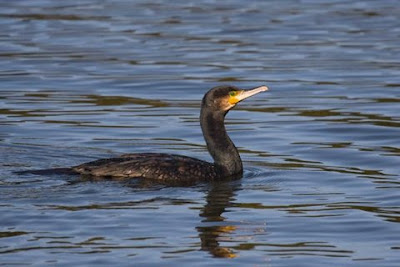 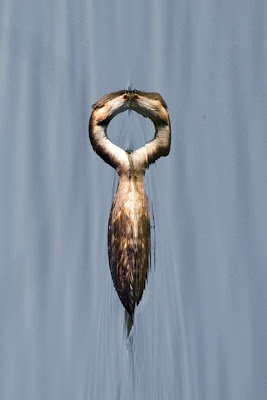 Great Crested Grebe, Ferry Meadows, 9th October 2008 © Peter Beesley
I had to twist Peter's arm to let me post this most unusual photograph - GP
Posted by CBC at 4:16 PM No comments: 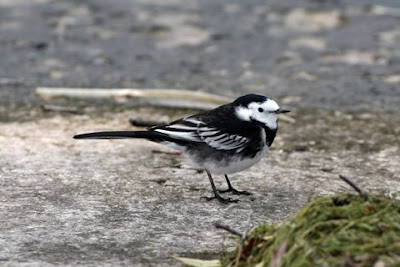 Pied Wagtail, Grafham Water, 5th October 2008 © Stuart Elsom
This adult male was very obliging at the south end of the dam - SE
Posted by CBC at 9:24 AM No comments: 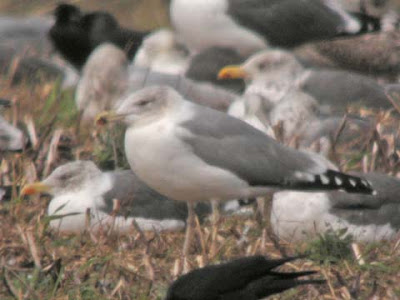 Yellow-legged Gull, Cottenham Long Drove, 4th October 2008, © Dick Newell
This bird is about as streaky-headed as nominate michahellis gets, it is also quite dark, although not quite as dark as it seems in this photograph. It is not fully adult, as evidenced by the black alula, so the lack of a mirror on P10 is not informative. However, one is tempted to speculate that it might be atlantis.
Posted by CBC at 9:47 PM No comments: 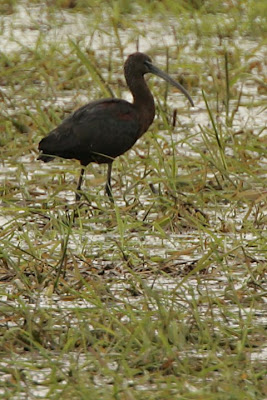 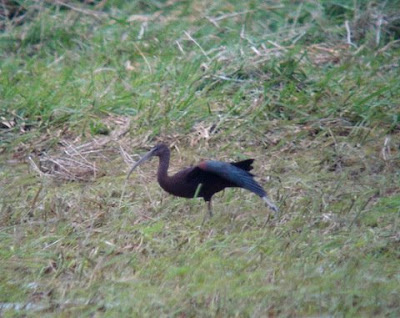