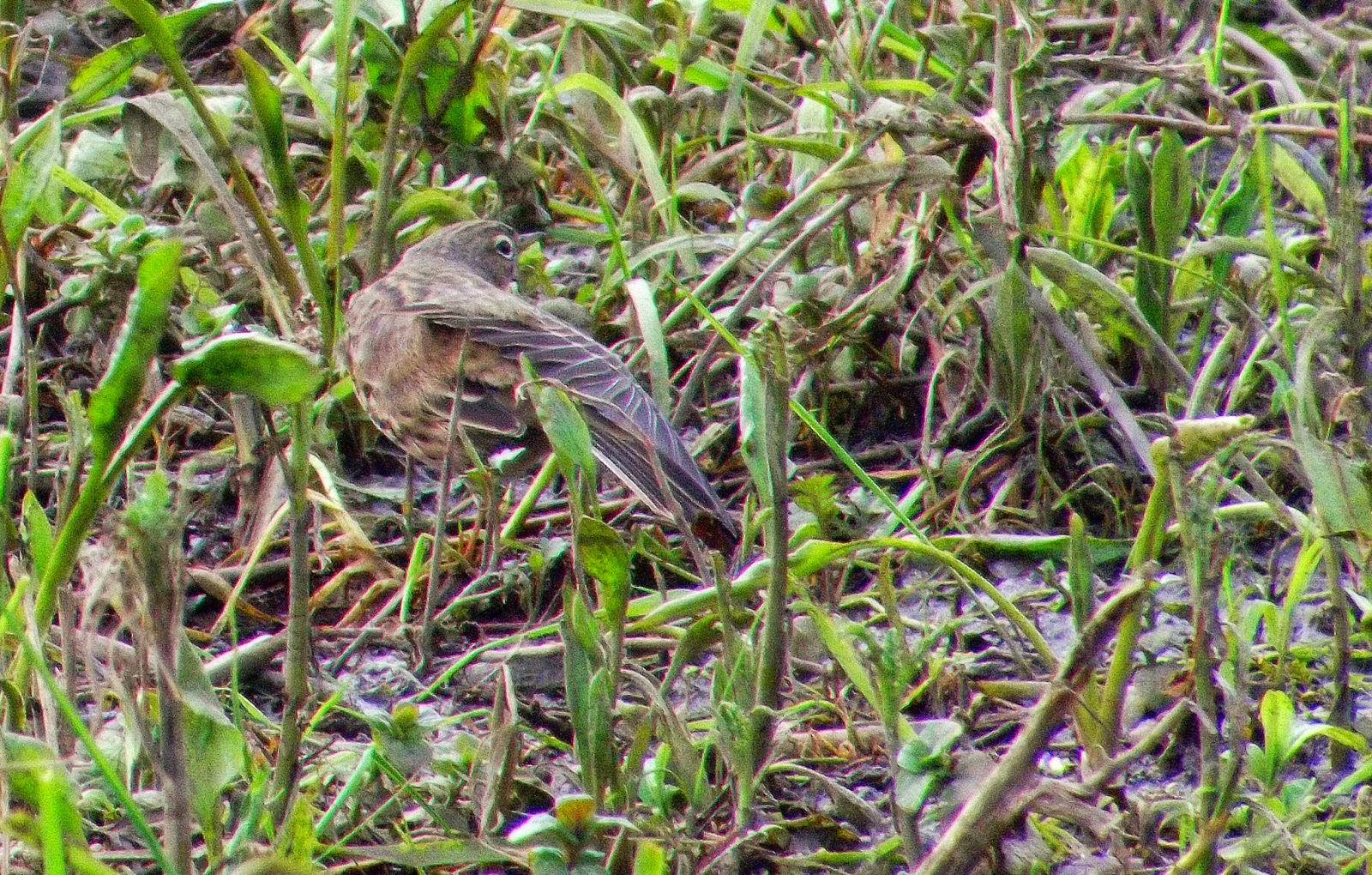 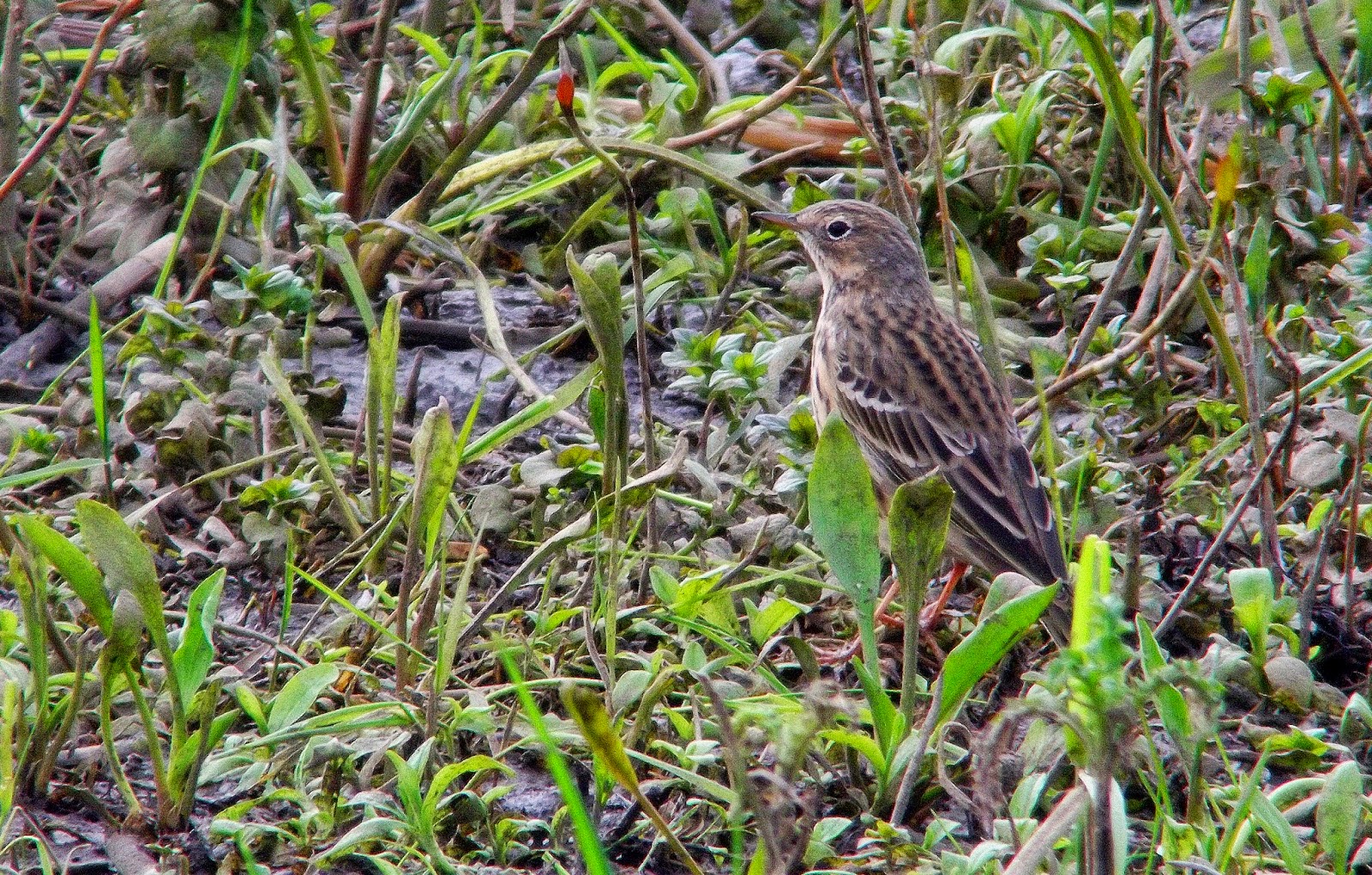 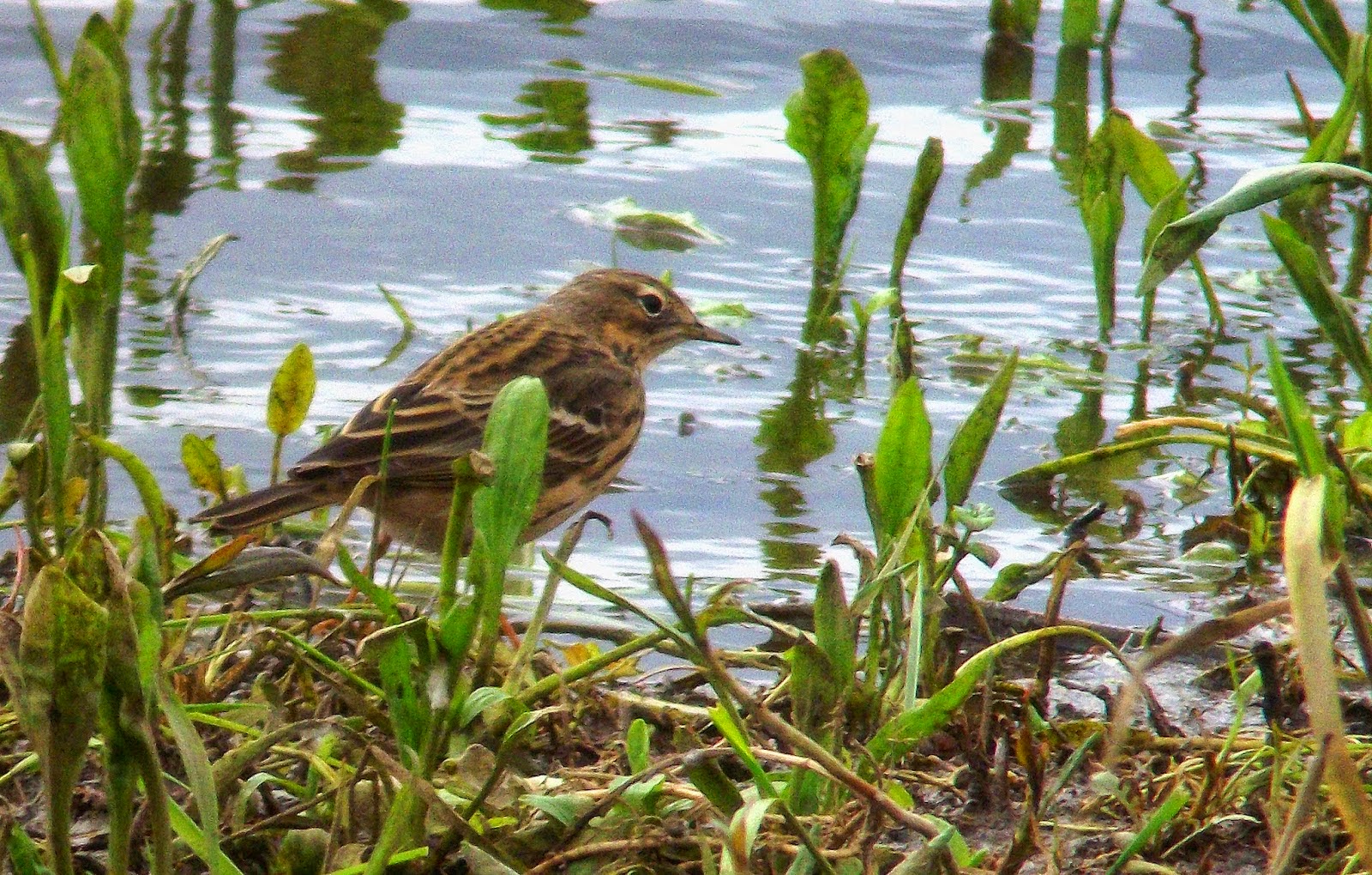 Abberant Meadow Pipit, Ouse Washes RSP, 7th April 2014 © James Hanlon
'After doing some reading up at home I was happy the bird was an aberrant meadow pipit, one of the ‘funny’ ones occasionally misidentified as red-throated pipit and regularly attributed to the claimed Irish & Hebridean race whistleri, but possibly just an erythristic (excess red pigment) form of nominate pratensis. Among the features which indicate this bird is a meadow pipit are the small pale bill, virtually complete white eye-ring only broken marginally at either end (more obviously in front of the eye in rock/ water-types), clean cut black streaking below, heavily streaked mantle, streaked crown, indistinct supercilium and pale legs. Its call seemed less squeaky than a normal mipit's and it didn't call on take-off. It shows moult contrast on the greater coverts but I think this can be shown by both young and older birds, rendering ageing perhaps unsafe at this time of year. Of note is the fact that the pinky-buff of the underparts is echoed throughout the bird's plumage forming the ground colour of the mantle and also showing through on the grey of the head. Could this be more suggestive of a pigment condition perhaps? Personally I'm not sure I buy the whistleri theory - only a tiny proportion of whistleri look anything other than nominate pratensis and some individuals seen elsewhere (eg here) have been in heavy moult and perhaps more local in origin than from the Celtic West. 'Whistleri' is however a good search term for Googling if you are wanting to see more pics of these birds. There is a marked peak in records in March and April and this bird fits the pattern neatly - what are they and where have they come from? We may yet find out.'JH
For more information, please refer to James' blog  - http://jameshanlonbirder.blogspot.co.uk - ED