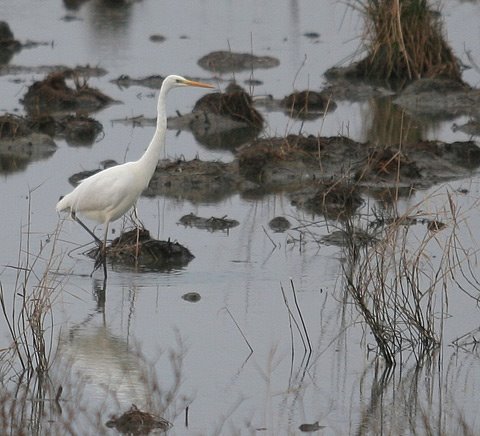 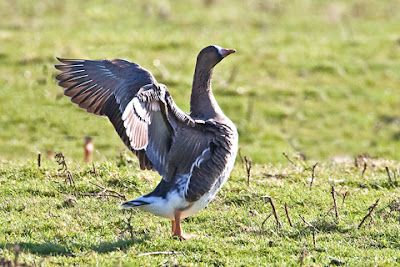 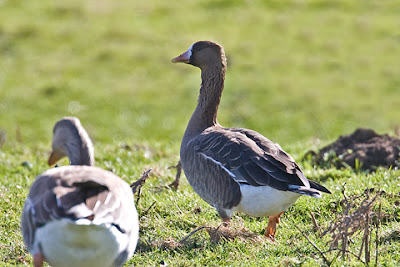 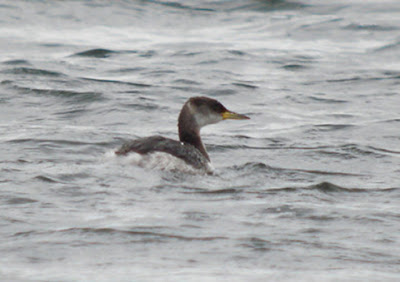 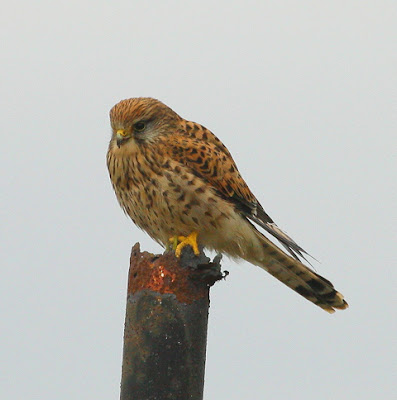 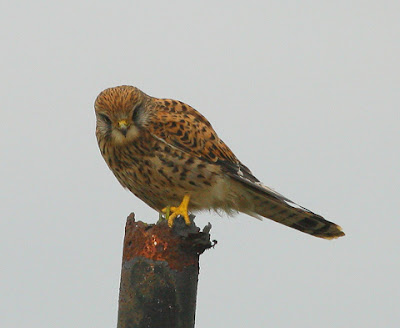 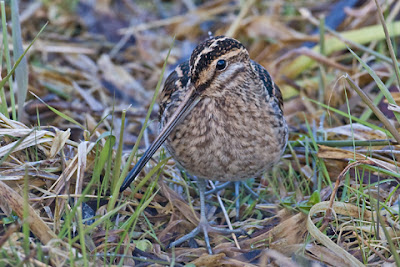 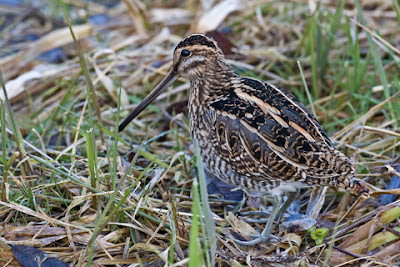 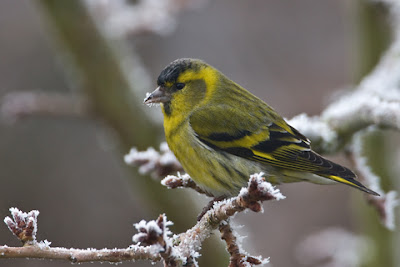 Male Siskin, Girton, 18th February 2008 © Garth Peacock
A surprise visitor to my garden feeders in the fog.
Posted by CBC at 12:46 PM No comments: 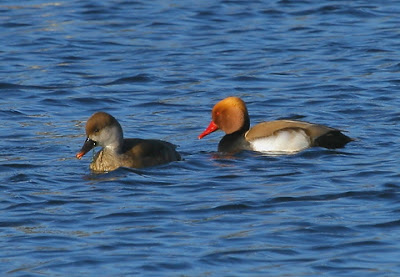 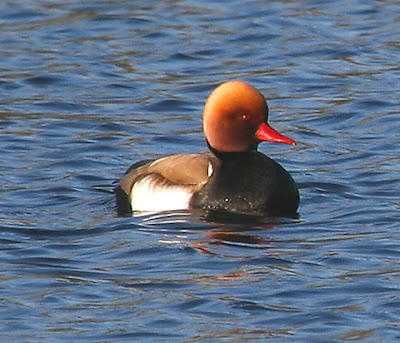 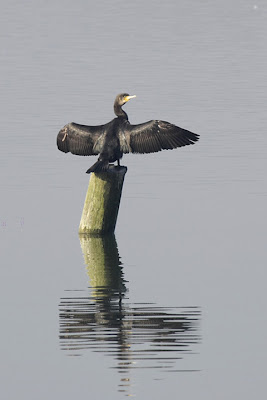 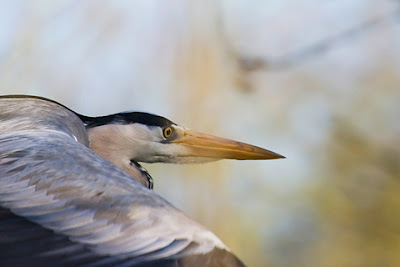 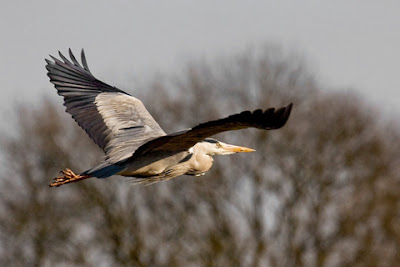 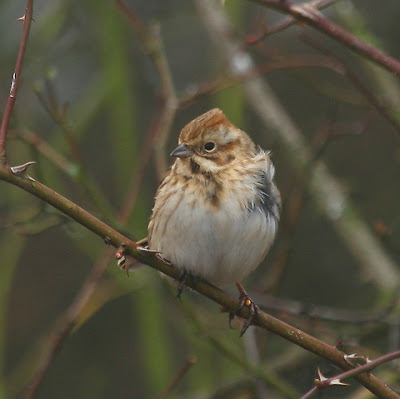 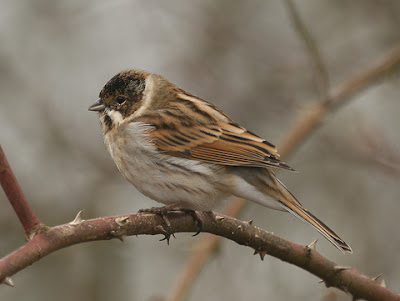 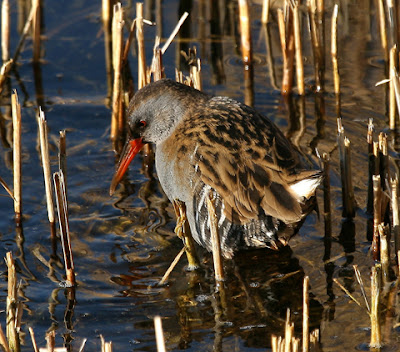 Water Rail, Fowlmere RSPB, 12th February 2008 © Nigel Sprowell
Just one of a surprising number of Water Rails that Nigel saw during his visit.
Posted by CBC at 6:47 PM No comments: 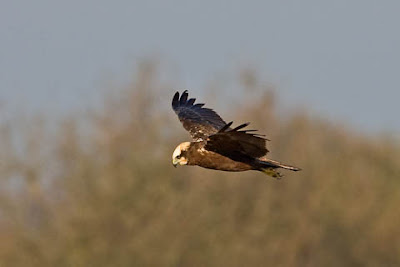 Female Marsh Harrier, Woodwalton Fen, 11th February 2008 © Garth Peacock
One of two hunting over the sedge from North Hide.
Posted by CBC at 2:54 PM No comments: 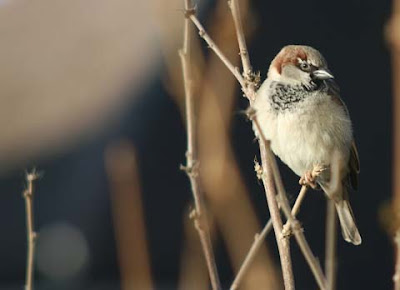 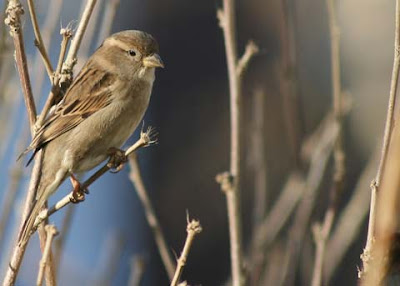 House Sparrows, Cambridge, 10 February 2008, © Pete Holt
This species has a lot of character and is always pleasing
to watch. These two were amongst six posing in splendid
early morning sunlight. If only the Chiffchaff had done the
same! (PH)
Posted by CBC at 5:33 PM No comments: 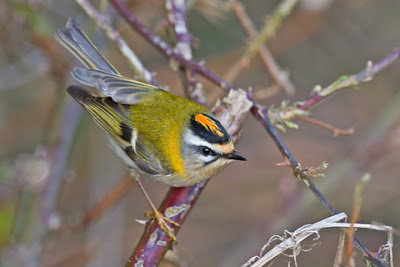 After several abortive trips to photograph this species throughout Norfolk and Suffolk, it is somewhat ironic that success is finally achieved locally.
Posted by CBC at 7:51 PM No comments: 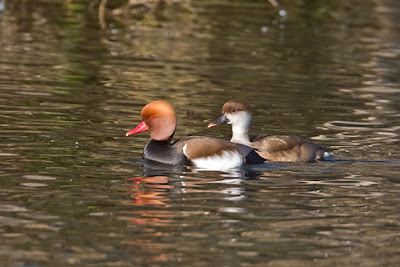 Despite a lengthy wait, they never came close enough for a good photo but at least it shows the difference between the male and female.
Posted by CBC at 7:45 PM No comments: 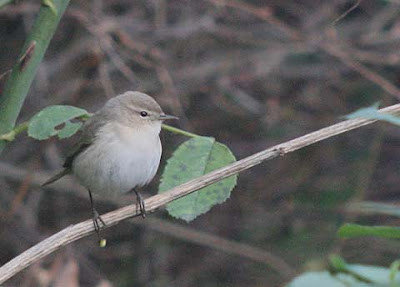 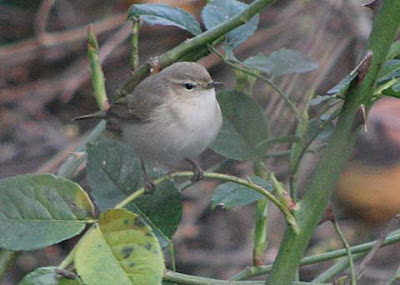 Chiffchaff P.(c.) tristis? Cambridge, 2 February 2008, © Pete Holt
A cracking little bird which showed itself all too briefly
on two dates only. Hasty record shots with hand-held Canon
D400, 300mm, ISO 1600 in low light as the bird darted about
close to the ground. Pro-tristis features include the
apparently total lack of yellow in the plumage away from the
underside of the shoulder, green restricted to the rectrices
and remiges, buff supercilium and ear coverts, small black
bill with narrow pale cutting edges and black legs. A buff
wash on the breast and flanks is also pro-tristis, but is
quite pale on this bird. Having studied a number of tristis
images recently, the richer brown colour on the forehead and
on the top front part of the eye ring also seem consistent
for birds accepted as this form. Unfortunately, no
vocalisations were heard (PH).
Posted by CBC at 5:40 PM No comments: 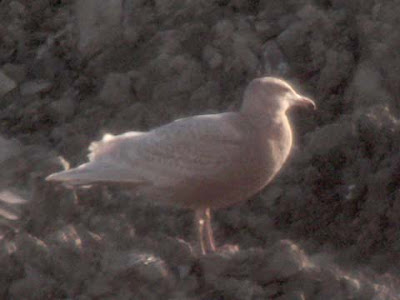 Juvenile Glaucous Gull, Cottenham Long Drove, 2nd February 2008, © Dick Newell
It seems to be a better winter this year for white-winged gulls. Not a bad record shot considering it was taken through a dense hedge at 300 yards in bright sunlight.
Posted by CBC at 3:31 PM No comments:

As well as featuring some superb photographs of birds regularly occuring in Cambridgeshire, this gallery also serves as a photographic record of some of the rarer and more interesting sightings from around the county.

All the photographs from CBC Photo of the year 2017 competition can now be viewed here. Congratulations to our 2017 winners - 1st place Gary Thornton, 2nd place Geoff Harries and 3rd place Nigel Sprowell